Subscribe!
tired
>>next>>
<<previous<<
Phenom VS. Athlon X2
Ever since I built my first computer with a K6-2 200MHZ processor back in 1998, I've never looked back.  I've been an AMD guy my whole computing career.

Recently, AMD has been having some tough times with their processors, and understandably, people haven't been buying their stuff as much.

For what it's worth, I definitely had my doubts about the new Phenom processors, and the first generation of their new processor had some serious issues.

Well, with the new B3 stepping, I went ahead and still with some trepidation, I visited newegg.com and bought my first Phenom 9850 processor.  To my delight, I found out newegg was having a combo deal wherein they gave me a Biostar A770 motherboard for free with my Phenom 9850 purchase.

Ended up, that was a great deal for me, because I needed another motherboard.

Anyway...  To make a long story short, I built my new machine and had no problems at all.  Posting to the BIOS took about 3 times as long, which just about caused me to have a heart-attack when I fired the thing up the first time, but patience won over.

I have to say - even with a motherboard which doesn't have the latest chipset, and is considered to be a pretty weak contender in today's motherboard marketplace, the Phenom freakin' flies!!!

I wasn't 100% sure about it actually being faster, simply because most people I know (myself included) get starry eyes when they make a new purchase, and are pretty biased.

Well...  I don't have the numbers for Quake Wars yet, but I did some compiling competition between my Athlon X2 4200+ and this Phenom 9850, and I must say - the results are quite impressive (albeit *very* non-conclusive due to the varying hardware between the two machines)

To test, I simply timed the compiling of two programs already existing on the two machines:

The results speak for themselves and quite frankly, the next machine I build for anyone, unless they request something different, it's gonna be a Phenom, for sure.

Here are the results: 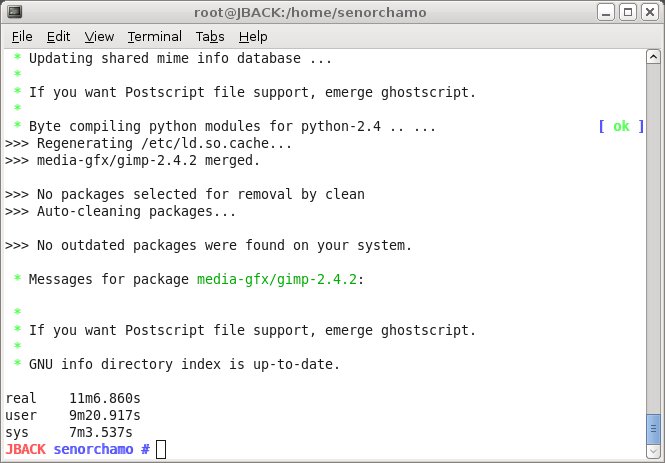 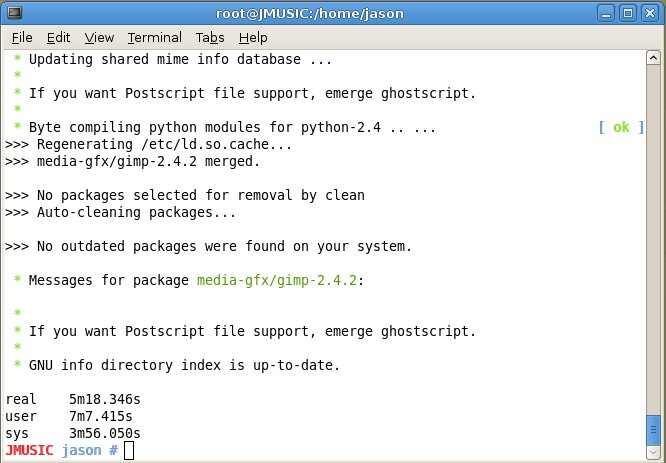 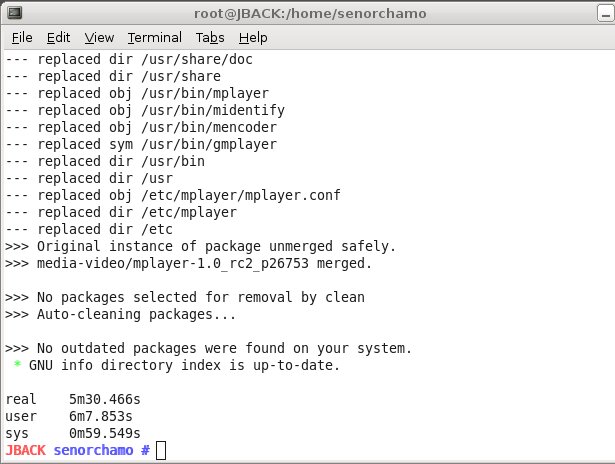 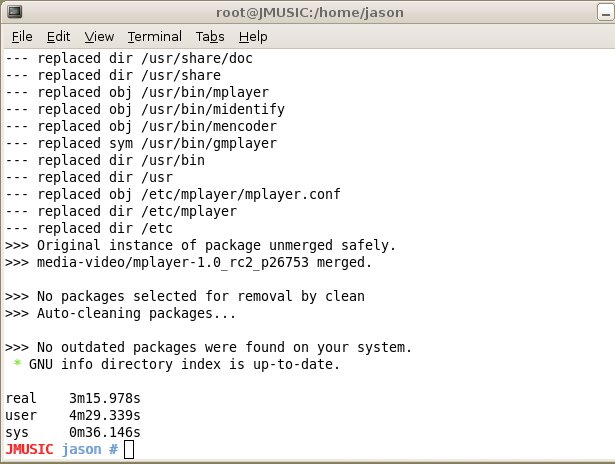 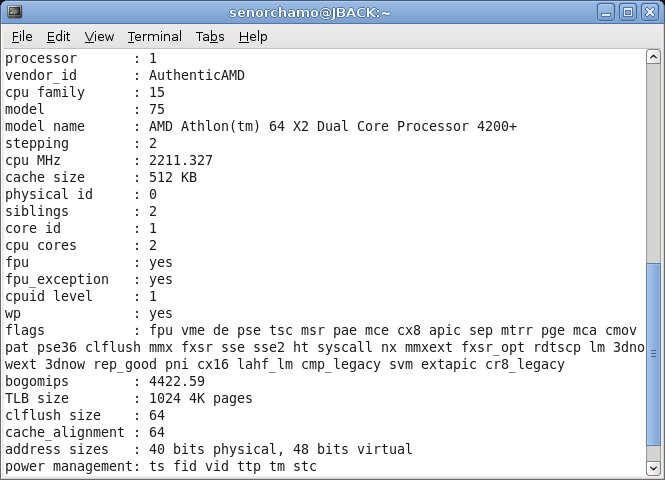 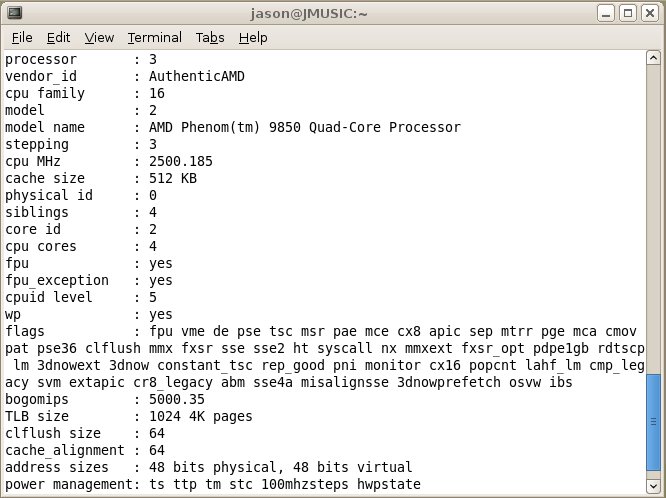 So, there ya have it.  If you've been an AMD person in the past, then at least from this gentoo / Linux / AMD guy's perspective, there's no reason to not keep on sendin' AMD the love.

If you've got a different CPU and want to send me some compile-time screenshots, feel free.  I'm going to update this tomorrow with an Athlon 6000+ X2 comparison tomorrow.

I just finished compiling mplayer and gimp on my AMD 6000+ X2 system (with striped hard drives), and here are the stats: 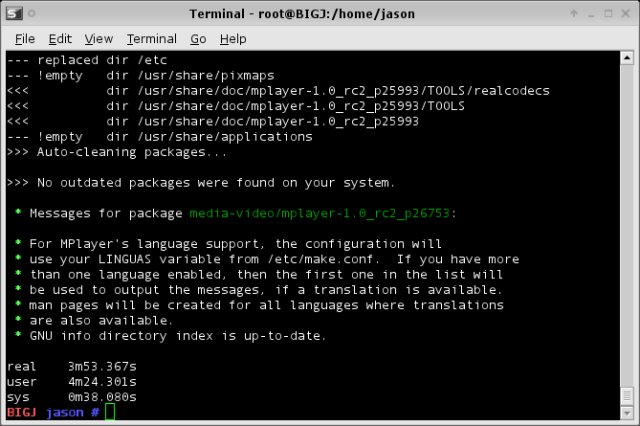 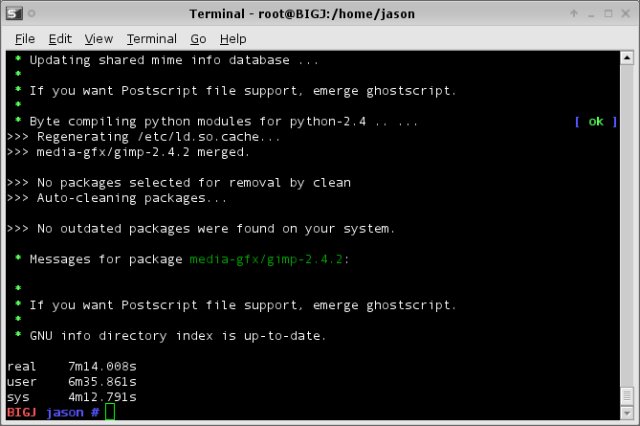 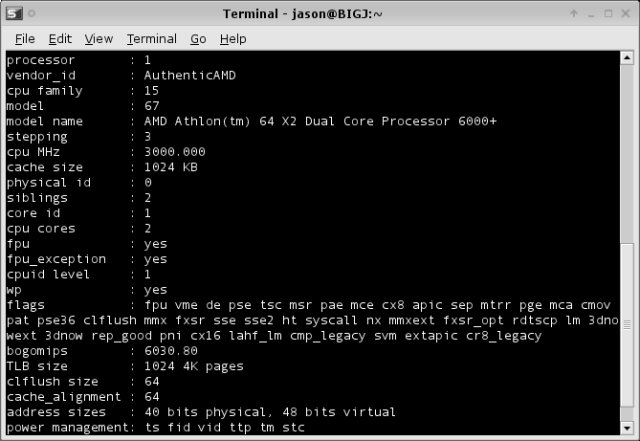 So, even though the 6000+ X2 is 500MHZ faster than the Phenom, the Phenom still compiles stuff quicker.