Subscribe!
envigorated
>>next>>
<<previous<<
Sacred Sounds Acoustics...
So, a few days ago, a friend of the studio called up and asked if I would help him out with a project.  As he described the project, I grew more and more interested.

The project is called "Sacred Sounds: Cathedrals of Europe"

The gist of it, is that a group of researchers are going to be travelling around Europe studying the various acoustics of cathedrals in Europe, and all over the world.  They wanted to come to the studio and record a group of vocalists singing a traditional-based choral piece which was something that could easily be heard coming out of any cathedral anywhere.  It was a very simple, short, harmonious piece.

Having studied acoustics in order to build a better studio myself,  I'm very interested in acoustics, and the thought of studying the acoustics of various well-known cathedrals all over Europe was certainly cool.

When we were done recording the piece, they talked about what they were planning on doing, and one of my most prevalent thoughts was, "Man, I wish I was going with them."

(for more information on Cathedrals of Europe, click here) 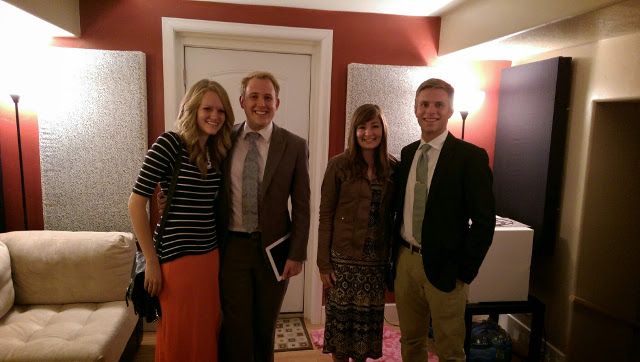