Subscribe!
excited
>>next>>
<<previous<<
Tiny Boats / Bret Slack
Just in case you haven't heard the latest about Tiny Boats' debut album release, a good friend of the studio, Matt Mylroie, a music producer in Florida, had these good words to say about The Broken Vessels.

A portion is quoted below, where the full review can be found here.

"This album is hard to describe, but it is a fantastic blend of styles, ambitiously produced, with songs that have been crafted by lyrical and musical artisans – leaving them with a level of depth and artistry that is sorely lacking in so much of the cookie-cutter music that is popular today."

The second portion of this entry will have to do with a guy named Bret Slack.

Amidst the talent that comes through my doors, once in a while I get to work with people who don't know how good they really are.  A few of those names would include Jesse Crowley, Cody Kunz, Taylor Miller, and most recently, Bret Slack.

Bret first came to the studio to do a 3-song demo over a year ago, and those songs came out great, but I wasn't sure if I'd see him again.  Being employed as most people are, as well as being a family man, I wasn't sure where music fit into his priority list.

As luck would have it, I got call from him as he excitedly told me about his idea of creating another EP, but from a much different angle.  As his first EP was carefully thought through, and production polished at every opportunity, Bret told me he wanted this next album to have a more "raw" feeling to it.  He wanted it to have a 90's grunge feel, with a hint of ethereal electronica throughout.

As the drums, synths, backup vox, and production was done by yours truly, I don't feel it would be my place to provide a full review (it rocks!), I will say that it was an absolute pleasure working with Bret again, and he has given me permission to provide you with a link to a song of my choosing.

With that, I give you "Here's To The End" by Bret Slack's band, "Rise In Style" (click here for song) 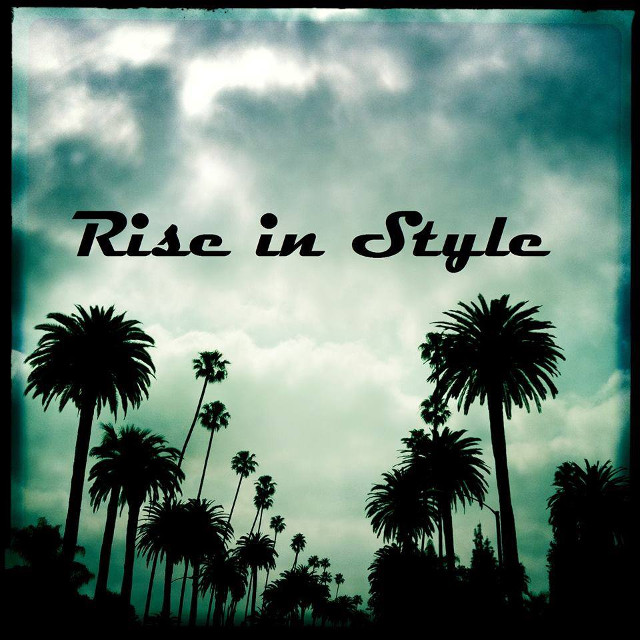