Some people won't believe this, but last Tuesday evening, I went to a Jazz game.  My good friend Scott called me up, told me he had some kick-butt tickets, got the "okay" from my wife, and we were off!

The game was fun, but making fun of the game was even funner.  I'll have to admit, though, it was pretty cool.  The video above and the photos below are proof I was there.

Also, Scott must be on a luck-streak because while we were there, they gave away two tickets to a Jessica Simpson / Rascal Flatts concert, and he was the lucky guy to grab em' out of the air  (didn't get a picture of that, but man, I wish I did).

He also got a Phillips 66 ball.  No idea what that was.

He also got into the $10.00 per car parking area for free.  (there just happened to be a free ticket at the booth)

So, yeah,  I wouldn't mind having a stroke of luck like that.  Free concert tickets, free Jazz game tickets, free parking, and a Phillips 66 ball worth a buck.  hehe..  Good times. 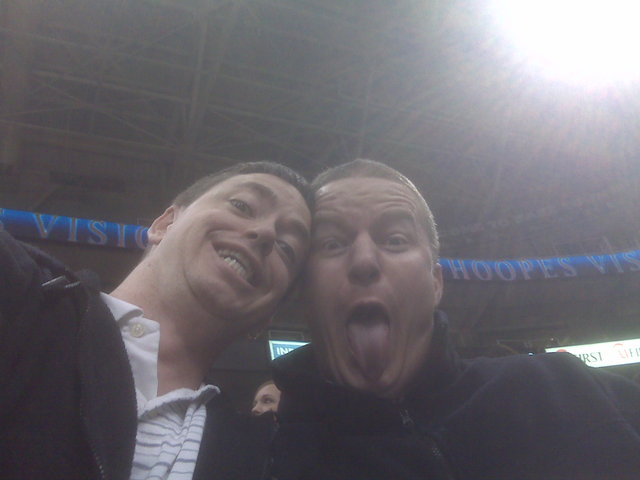