Subscribe!
tired
>>next>>
<<previous<<
Starting 2009 off right!
Well....  It became time again quickly to have a LAN party after the craziness of the holiday season.  So, we decided to have one two days ago.  It was fairly awesome.

I didn't bring my camera, so I don't have a video of this one, but suffice it to say that this one was pretty darned fun.  It started with Eric Hansen and I loading up my mustang with a bunch of computer equipment and heading up to Perry (Shane's house) around 4:30 on Friday.

When we arrived, we had some scrumptious burritos with ingredients home-made by Becca (Shane's wife)...  Those were awesome!  Then there were the pies and desserts and such which pretty much kept the sugar levels high.  Not to mention the plethora of SportEnergy drinks brought by Shaun.  So yeah... I was pretty caffeinated.

I think the best part of the games this time around was the selection of games we played.  UT2004 was exceptionally fun this time because we focused on teamwork.  We played hours of ET:QW, Nexuiz, and UT2004 before we went to bed at 5:30.

Oh yes... Shane also seemed to be in heaven the whole time because of the recent purchase of a new 42" LCD HDTV!  Yes... He used it as his monitor, and he loved it.  hehe...  Good times.

The next morning I woke up around 10:30am, went downstairs and before ya know it, we all started playing the original Enemy Territory, and we ended up playing until 2:15pm.  Totally unanticipated, but man... That was fun!  Good times!

So, another year, another LAN party.  Bring it on.  Very good times.

*UPDATE*  - I finally got some pics of that night. - Thank you Blaine! 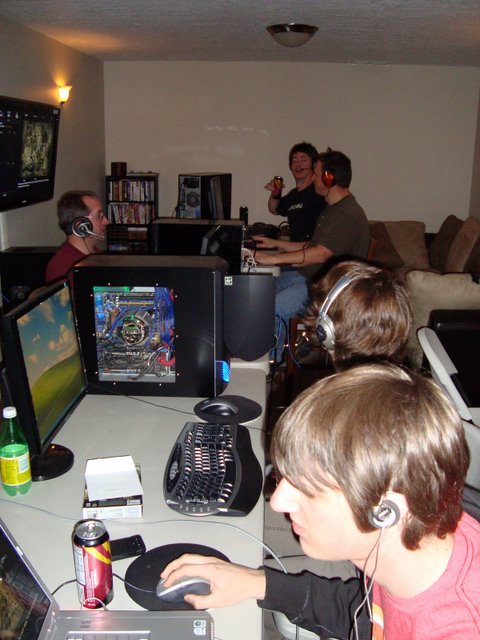 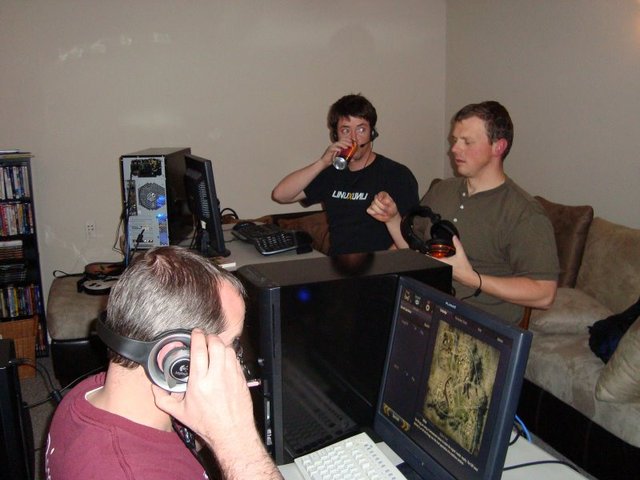 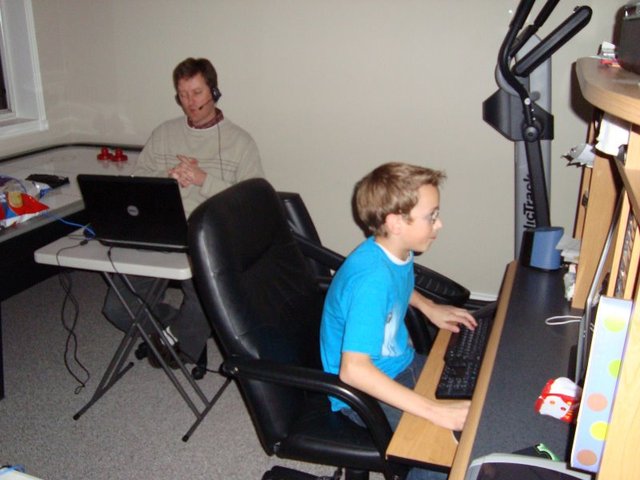