return to I Love My Journal
orson's blog
Tags
FOOD 1

Subscribe!
melancholy
>>next>>
<<previous<<
Nothing Quick About Charcoal
My wife and I got a dutch oven set about a month ago. We finally decided to try it out. We have both seen and helped with dutch oven cooking before, but have never done it without the help of someone more experienced.

Problem #1 You need to get the coals lit before you can cook anything.

I tried a couple methods to get them started. 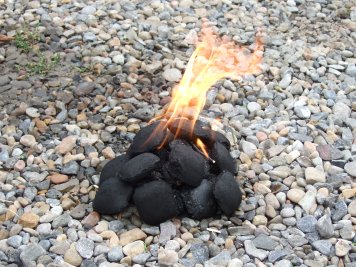 Briquets in a can 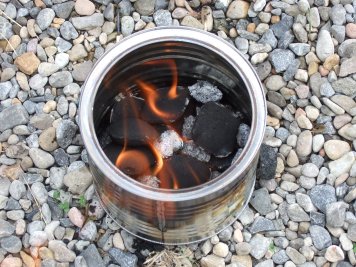 They both worked about the same with a slight preference for the can. (Ok, it took me about an hour to get them going right.)

For dinner we had cubed potatoes with chicken, broccoli and cheese. Start to finish was about 3 hours, and they were still not quite done. (a small bit of crunch, but not bad at all.) 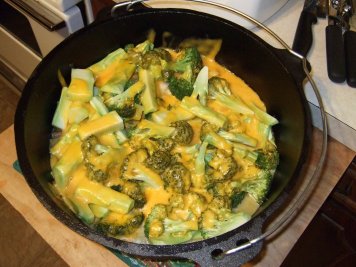 So, Saturday morning, we decided to do breakfast. We got started around 9am and finaly ate "breakfast" at 1pm. This proves I still have much to learn about the art of cooking dutch oven over charcoal briquets. However, Sausuage, eggs and potatoes with some cheese, onion and seasoning did prove to be a good meal. 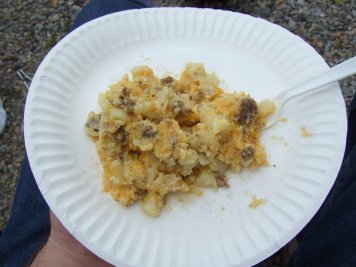 The solution is, my little bro is a friggin' pro at cooking with a dutch oven.  Yesterday evening, in fact, we were over at his house and had barbequed pork ribs cooked in a dutch-oven in his fire-pit.  Holy Hannah it was GOOD!

So, the moral of this comment, I suppose, is - don't give up.  I've tasted of the extreme goodness which is dutch-oven cooking, and it's worth it.  If I could do it, I would.