Subscribe!
ecstatic
>>next>>
<<previous<<
Rock Box Cajon
Okay...  So lately the studio has been getting some serious upgrades, thanks to all of you who have been supporting me, and creating awesome music.

About a month ago, I was chatting it up with a good friend, Jesse Crowley, about how in the world we were going to sell our fabulous new Herod the Fink album this season.  You see, there are only two of us, and most of our songs have everything but the kitchen sink thrown at em'.

Jesse plays guitars and bass (and piano here and there), and writes all the songs.

I do drums, backup vocals, and do all music production.

So, between the two of us, we can really crank out studio time, and create some awesome stuff, but - how in the world are we going to be able to do this stuff live, to hopefully sell a few albums, when there are only two of us!?

So, this was the subject of our chat that day, when Jesse says, "Have you seen those drum boxes?"  I go, "Huh?"  He then explains the concept to me, and I google it.

Then I find this - and I simply cannot believe my eyes or my ears.  I closed my eyes, and heard someone playing a drum set.  I opened my eyes, and I saw some dude hitting a wooden box with his hands.

Two days later, after about 4 total hours of intense research, I bought a Rock Box cajon made by Steve Ramsey in Austraila.

Those 4 hours of searching presented no less than about 30 videos of various cajons made, and about 100 different makes and model variations of this instrument.  I found one for fifty bucks, and it sounded like a wooden box was being hit by hands.  I found one for $300.00, and it sounded no better.  Name brand drum manufacturers like Meinl and Pearl.  Yet, the only one I was able to find that even sounded close to a "drum kit in a box" was the Rock Box cajon.  So I ordered one, and it arrived two days ago.

I've been meaning to write about this little magic box ever since I first played it, but - that's the problem.  Why write about it when I can be playing and practicing?

Anyway...  This box represents the only way I've found that a guy with an unamplified acoustic guitar can get drum-back up without being seriously over-powered.  So, this was the solution.  This little box is the way Jesse and I can get on the road and play some Herod the Fink shows!  Just two guys singing, playing some guitar, and now, a wonderful cajon.

I think some good times are ahead this Christmas season.    If you're in Utah, and would like to hear us perform, take a look at this page for show times and locations.  You can also contact me if you're interested in hosting a show, and we'll come do a cozy house show at no cost for you and your friends - just to spread the Christmas spirit.

Below are some photos of the instrument. 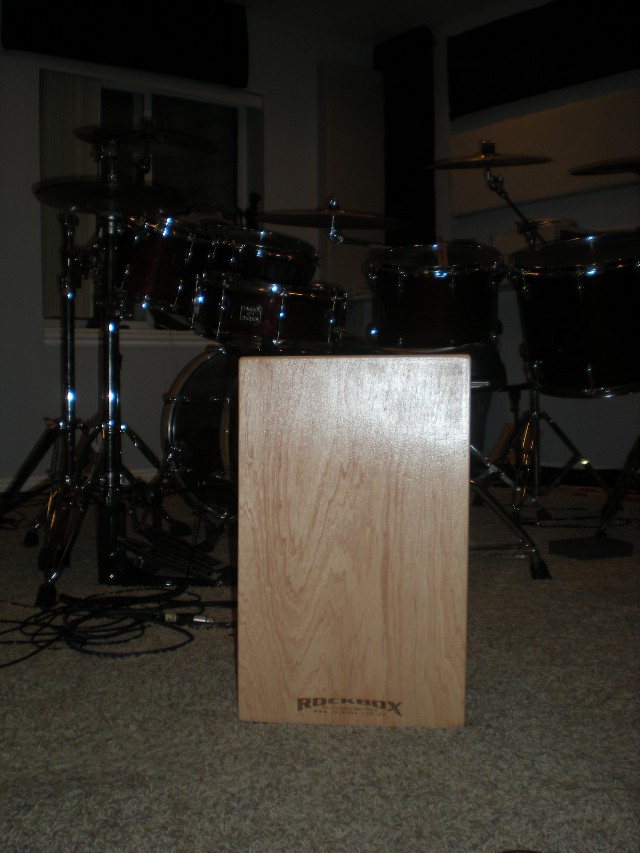 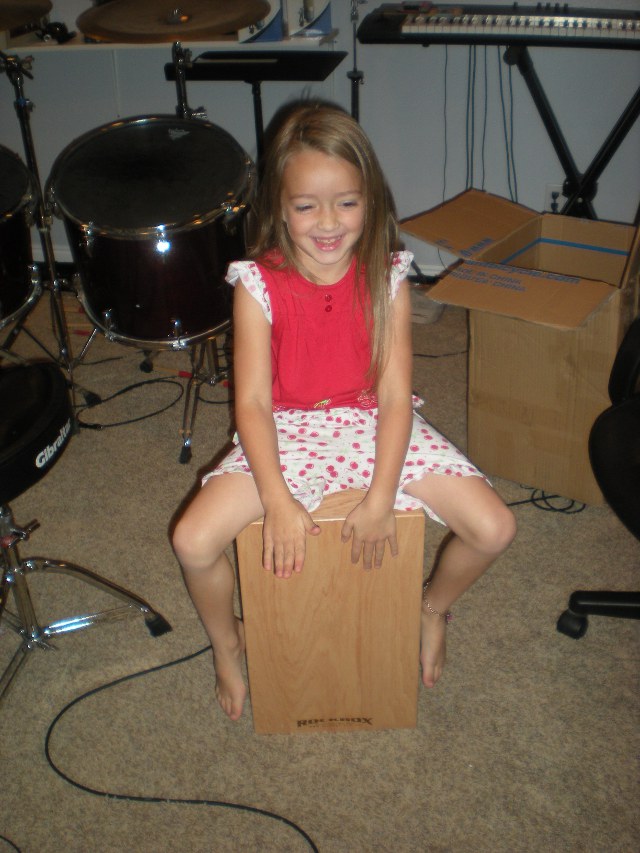