Subscribe!
tired
>>next>>
<<previous<<
"Good Times" Trip to Cali
Man...  I've been having mixed emotions about the oncoming trip to California for a number of reasons.  I mean, this trip really has been putting both me and my wife through the ringer.  First, I got a new job, and am being quite challenged by my new tasks there.  Taking time off to go on a vacation right now isn't the best idea in the world - not by far.  There are other reasons, but instead of going on about those, I've found a few others which have caused me a bit of trepidation since we left home.

Take a look at the photo below. 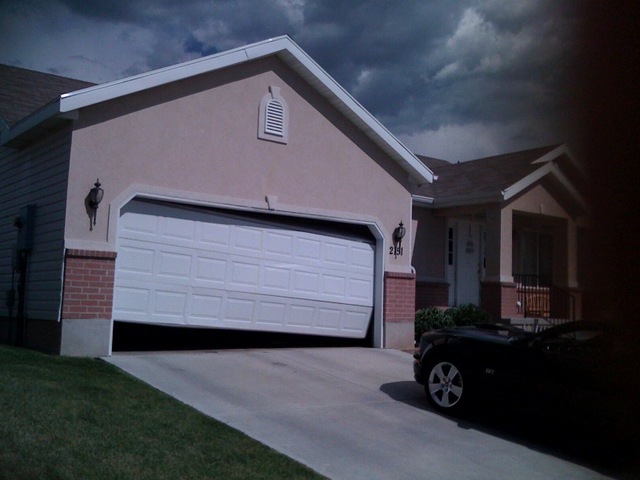 Yeah, this is my garage.  A couple of hours ago, it didn't look like that.  Now, it doesn't look too healthy, does it.

As I was sitting in the van, which was pulled into the garage backwards, I didn't notice the latch on the back was all the way open.  I was waiting, everyone ready to go, all packed in the van, for some last minute items to be wrapped up.  I looked to my right, and noticed there was no way the passenger door could be opened because it was too close to the opening of the garage, so I put it into gear, and pulled out.

In so doing, I somehow managed to completely destroy our garage door, while doing hardly anything to the van.  The top of the van's hatch-back door clipped the garage door on the way out, and closed the hatch-back, while ripping the garage-door out of it's rails.  We tried to close it the rest of the way, but as you saw, it didn't work out too well.

So, needless to say, we started our trip a bit later than anticipated.  Two hours later, with a new garage-door arranged to be installed tomorrow morning, we left for California.  Couldn't get worse, right?   Yeah, I thought so, too. 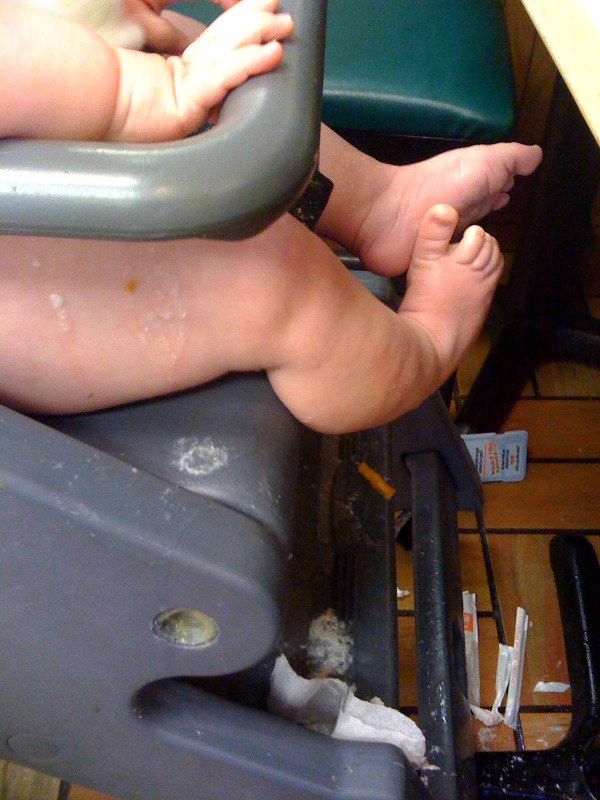 The photo above, although quite gross, doesn't even come close to describing the fountain which erupted from our 7-month-old son's mouth while we were eating at Arby's.  Thank heavens we weren't in the van.

Yeah, he didn't enjoy himself for about a full minute while wave-after-wave of rancid milk spewed from his gullet.  Ouch.

He recovered, however, quite soon, and didn't seem to care about his moistened condition. 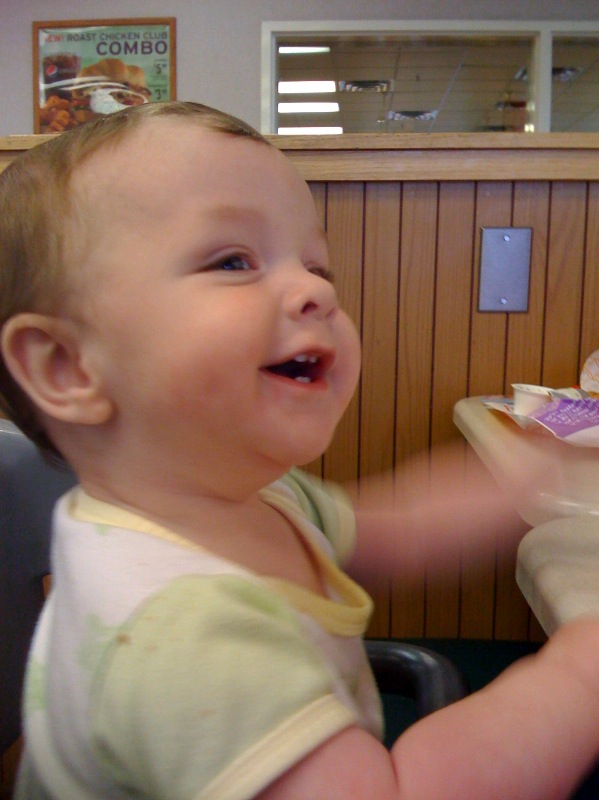 Soon thereafter, we were on our way to Winemucca, Nevada where we are staying the night in a hotel.  It's a little before 1:00AM right now, so we best be getting to bed.

Not sure how much sleep is going to happen, though, because in our 5 and 3 year-old's perspective, this is quite the adventure - not to be burdened or slowed down by a good night's rest.
Comment by Jodi Jones on May. 29, 2009 @ 04:05 pm
These are the trips memories are made of!!!  Enjoy!