My great friend Scott Morris's father died last week and they held the viewing and funeral yesterday.  I also had our annual concert with my band, Plan B.

My day started at 6:45am (a time, I would really rather not see for my entire life), and consisted of driving up to Logan for the viewing at 9:30am.  I used the GPS in my iPhone to get me there, and it worked flawlessly.  All the while, I was using Pandora's music service through the Pandora app on the iPhone, and was introduced to all sorts of great music by Colbie Caillat, and all sorts of other artists.  It really was very enjoyable.  So, yeah...

I arrived at the church, and saw Carol Morris, my 2nd mom of 20 years now, and she was as happy as could be to see me again.  She looked so good.  Norm Morris, her husband, looked at peace in his casket, and although I only stayed until 10:00am, due to the impending concert at noon in Lehi, I soaked up as much as the Spirit of our Heavenly Father as I could.  It seemed that the peace on Norm's pale face permeated throughout the entire building.  The Spirit was present and strong.  After the hugs and well-wishing was done, I bid my adieu, and headed on down for the concert at the auto-show at Thanksgiving Point.

I arrived 2 minutes after we were supposed to have begun playing, so I basically strapped in, and pounded out the beats for 2 1-hour sets, and then enjoyed the view of the awesome cars at the show.  Two cars of note which I had never seen before were present at this show:  A 2007 Mustang GT500 Super Snake (725 HP), and a 2008 GT500 KR (King of the Road).  Wow, what specimens they were.

After the show, it was all resting and enjoying the kids.  Man, yesterday was a great day.

Here are some photos of those two awesome automobiles. 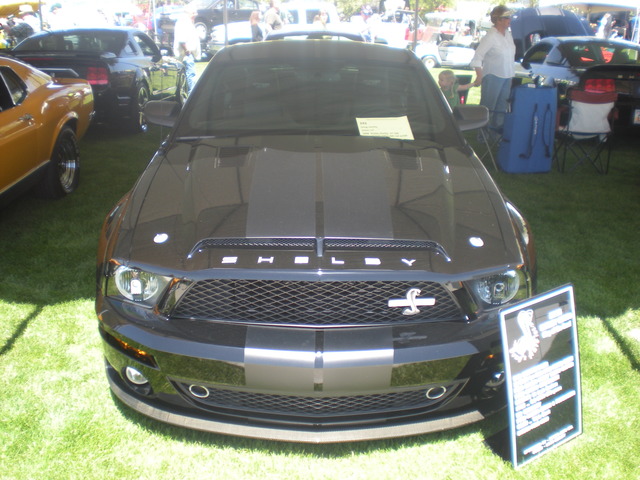 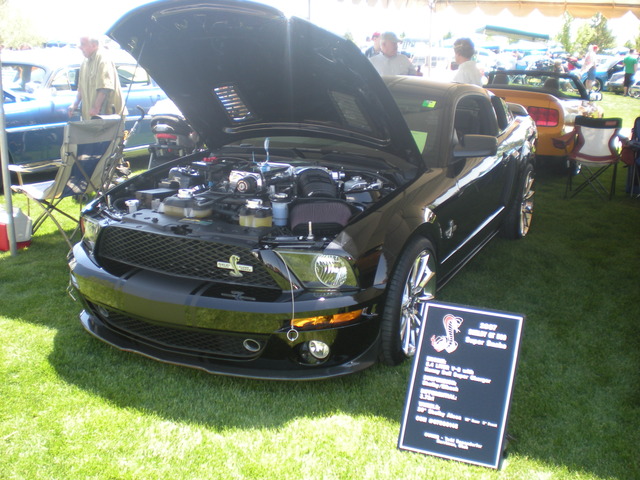