Subscribe!
grateful
>>next>>
<<previous<<
Collin's Nursemaid Elbow
I just thought I'd write a little something....

Since about a year ago, Collin's elbow has been easily pulled out of joint, and thus, has had issues with what is known as a nursemaid elbow.

Today, his elbow got pulled out of the socket again, and my wife called me with another appointment to the doctor's office.

Well, this time, I got to thinking about researching the specifics of what this subluxation really is, and that's when I came upon this gem.

So, I read it, and it seemed that Collin's history and symptoms were pretty much identical to both cases mentioned in the article.  Soo....

I decided I'd go home and play doctor.

I went home and Collin was asleep on the couch, and when I saw him, he woke up and almost immediately started whining.  I looked at his arm, and Collin was holding it in almost the exact position the diagrams depict.

So, I took it, and although Collin was protesting pretty heavily, I simply took his arm, supinated it as I straightened it out, and then bent it upward toward his shoulder.  About 3/4 of the way up, I felt the ligament pop back into place, and all was well.

About 10 minutes after that, Collin jumped up and was ready to have lunch with his Dad. 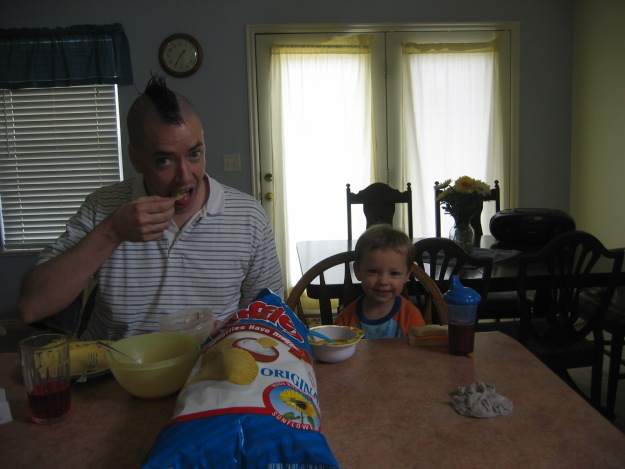