Subscribe!
happy
>>next>>
<<previous<<
Geek Lunch - Buca Di Beppo
Oh, man...  I just got back from a wonderful geek lunch with the guys 'n' gals from UPHPU (Utah PHP Users Group), and it was a blast.  ... heh... makes me smile just thinkin' about it.  Okay... I didn't just get back.  I had to make sure I could get done today what I promised my boss, and then I would write about it.

I arrived about 30 minutes late, due to some weird happenings about 5 minutes before I was to leave for Buca Di Beppo.

First, I realized I had forgotten my wallet, and it was too late to ask my wife to bring it to me.  Then, upon realizing that, I quickly went out to my car, and uknown to me at the time, the key to my car dropped off my keyring about half-way to my car!  So....

I double-take it, and sure enough... My key wasn't there.  My keyless entry was, but not the key.  So....  I start thinking where it could be, retrace my steps back, and sure enough, I found it on the pavement about 20 feet from my car.  I thought that was weird.... Anyway...

After driving to my house, getting my wallet, and getting back on the road, I was about 30 minutes behind.  Ah, well...

Arriving there, I didn't need to ask anyone about the group because it's kinda hard to miss a bunch of geeks sitting at a table.  So... I quickly found em', and Shaun Roos had saved me a seat, which I quickly took after apologizing for my tardiness.

A guy named Joshua Simpson was in town, and he's a pretty prominent member of UPHPU, so he was pretty much the reason for us getting together.

Anyway...  The lunch consisted mostly of us chatting about geeky stuff, making fun (to no end) of the absolutely bizzare decor which surrounded us, listening to Josh's beer-drinking escapades and police encounters, and generally having a great time.

I personally find it very rare that a group of people with such a freaking hugely wide array of differences can get along so well.  Everyone was laughing, and from what I could tell, everyone was glad they came.

Anyway...  The spaghetti  I had was very good, the price was moderately reasonable, and everything was cool..... well... except the decor. Hehe.....

"Holy cow", is all I can say.  Having served my mission in Colombia, where the state is basically run by the Catholic church, I know Catholic culture pretty well.  I've been in some homes adorned by Catholic trinckets, idols, saints, etc...

Well.. Let me just say this.

I have never seen a place which was so insanely decorated by Catholic.... stuff.  I mean, there was a freakin' bust-statue of the Pope (and not a small one) smack-dab in the middle of the table!  Not to mention the walls, and the ceiling.  Nuts.  I've got some pictures which will give ya an idea.... 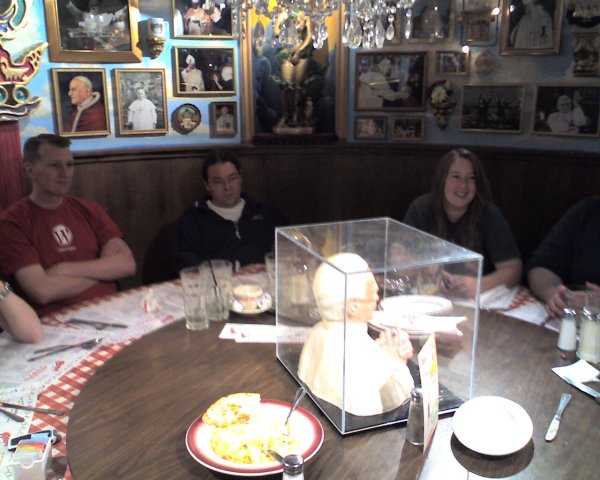 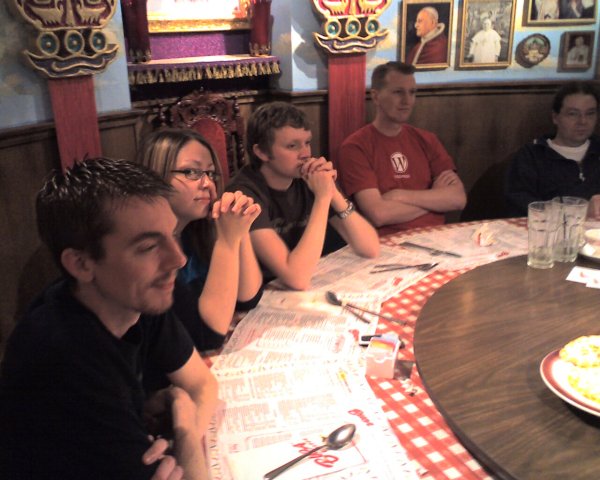 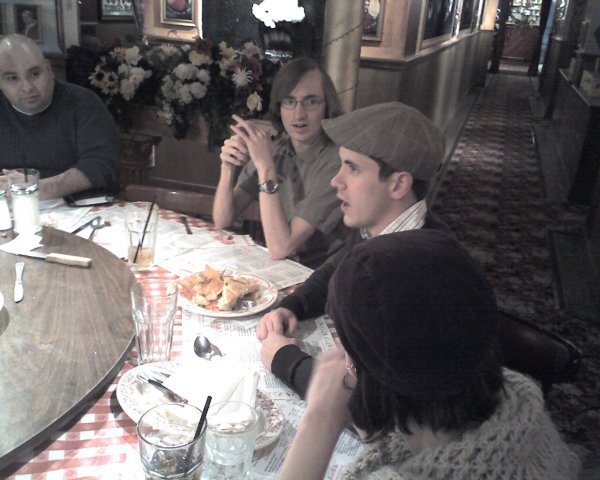 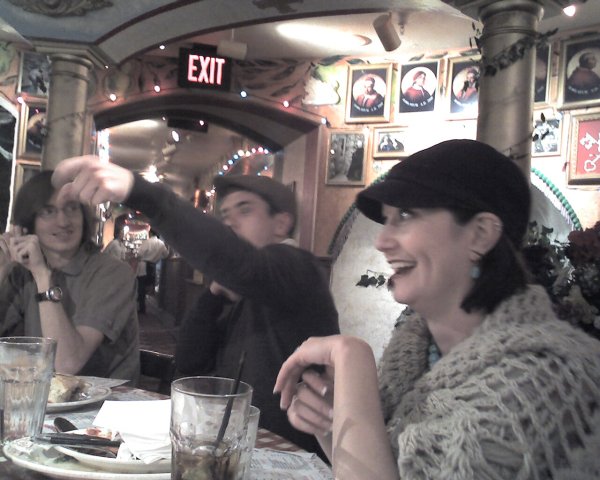 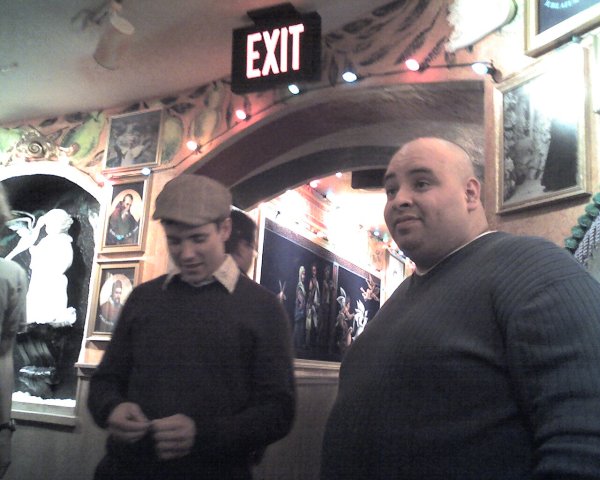 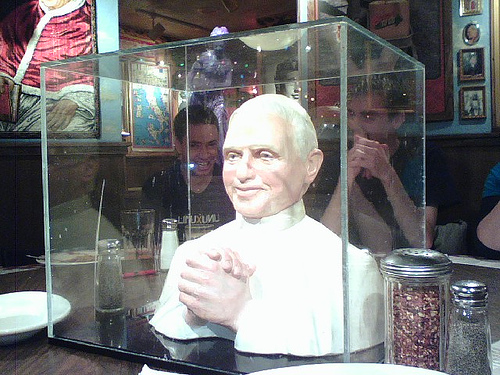